My year in vintage dresses 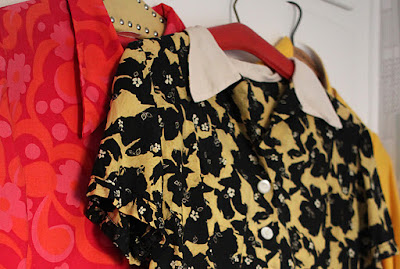 2015 for me really was the year of the vintage dress. Not that I wore them on a daily basis (I work from home most days, it's a miracle I even wear pants), but I did fill my closet with heaps of colourful creations from the 40's to the 70's. These are, of course not all of them, merely a  selection.

And why did I start buying clothes I wasn't going to wear? Well, obviously I thought I was gonna wear them, but I guess I needed a hangup to distract me from the middle aged career crisis I've been in (still is in). And also I joined this lovely Facebook group where people sell vintage clothes. And compared to some of the hoarders there this is nothing.

One of this year's first buys was this pastelly beauty. 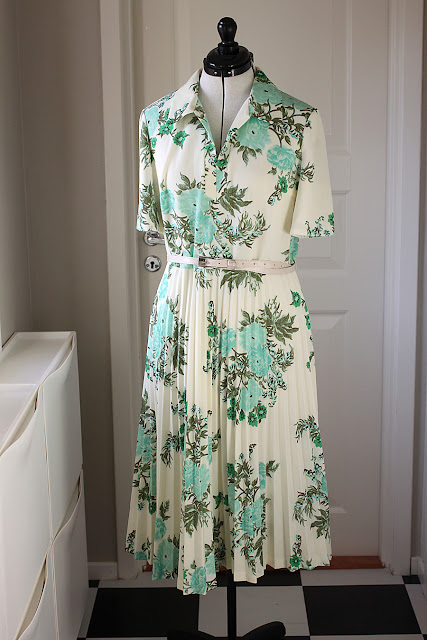 Still haven't worn it. Mostly because it's polyester, but also because it craves a hat and an invitation to afternoon tea and finger sandwiches. 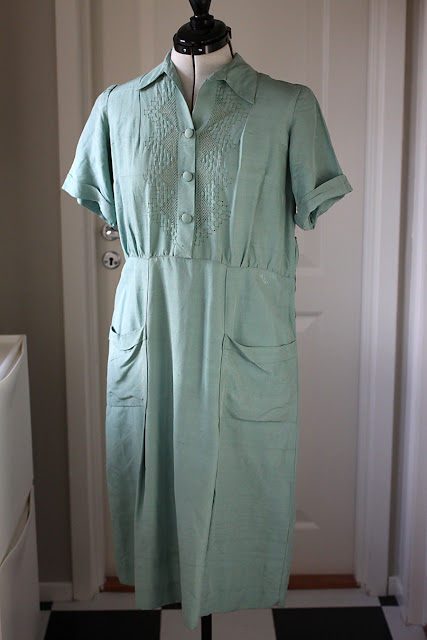 This one followed me home from a vintage fair in Gothenburg. It's in silk and from the 30's or 40's according to the seller. I wore it to the Polar Music Prize ceremony where the lovely Emmylou Harris and the amazing Evelyn Glennie was being honored. The venue got pretty warm and this dress did nothing to hide that, I'm sorry to say. It will not be allowed at any more important events. 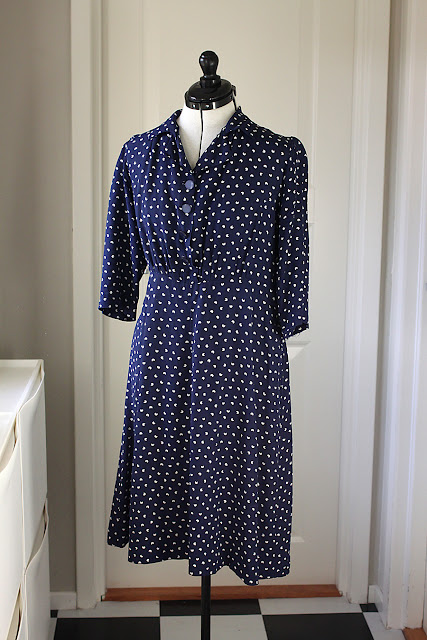 This is from that same vintage fair and this one has actually been worn a few times. It has a nice everyday feel. I wear it with flats and a cardy. I think it's from the 40's and it lacked buttons so I got it pretty cheap. (Of course I had a stash of 40's buttons at home.) It's also pretty torn and I've mended a hand full of holes in it, but they're hard to notice. I think. I don't care. 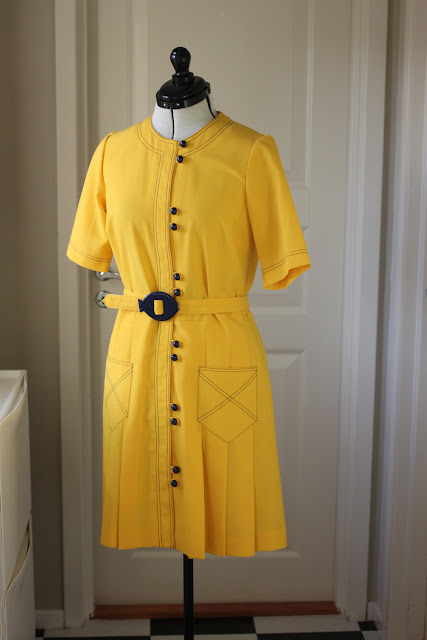 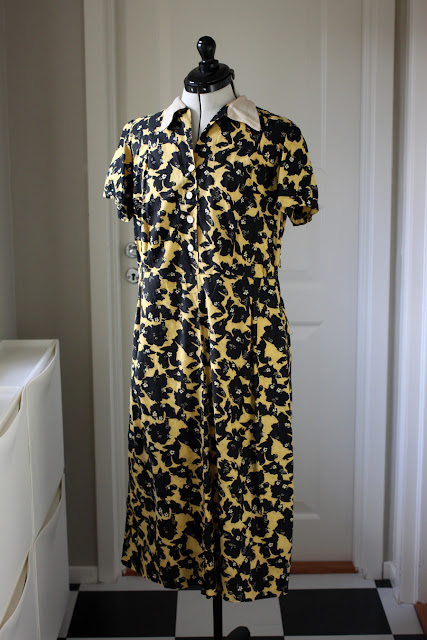 I'm not sure but I think this is from the 50's. Makes me think of Rizzo in Grease. Didn't buy it this year but wore it for the first time at a vintage themed wedding, where I also performed with friends. Had to patch this one up too.
Bonus: 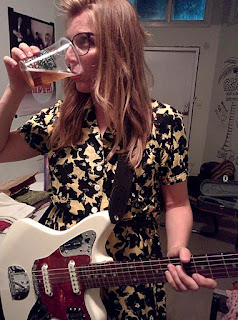 This next beaty is a 70's a-line dress. I don't wear much 70's stuff, mostly because of the synthetic fabrics, but this is cotton. I got it at the Swedish charity shop Myrorna and wore it for two Christmas parties. Made me look like a Christmas decoration, which was also the point. 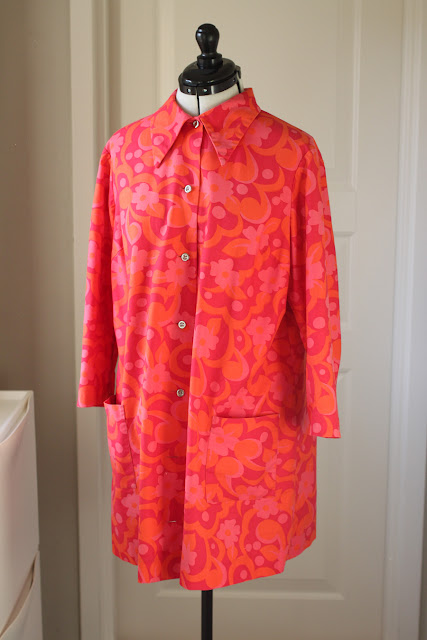 And finally, probably, this year's last buy. A 40's dress with som e serious pockets. Turned out it had both an unremovable stain and a hole in it. It'll just have to show if I can be charming enough to get away with it. 2016 goal - buy and wear intact clothes. 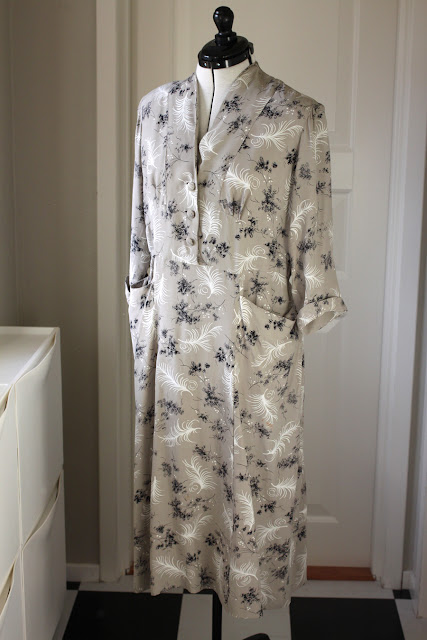 I know some people make beautiful retro dresses from old sleeping sheets, but sometimes they're just too blotchy to use for something fancy. That's when it's time to fashion yourself a pair of sleeping pants! I made these with the pattern from the Love at first stitch-book by Tilly Walnes. 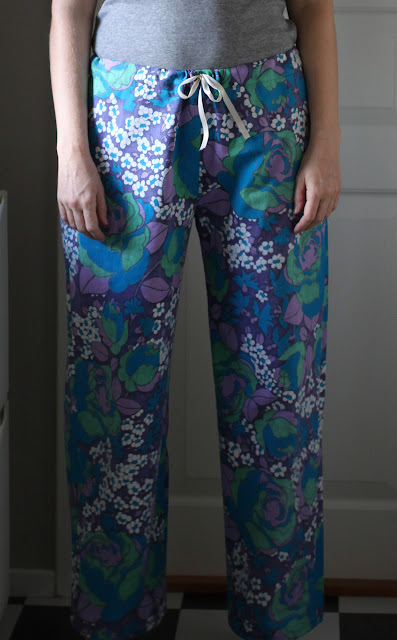 Soft and comfy and really easy to make. 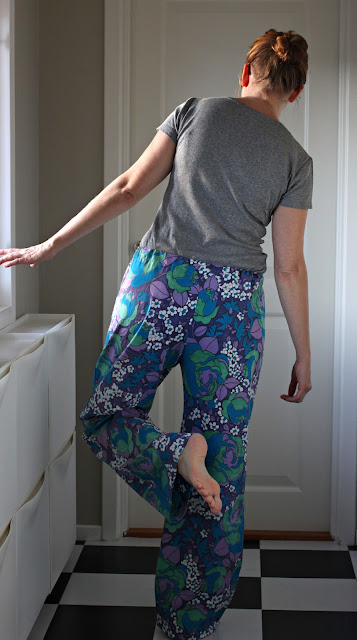 And apparantly good for some dance moves too! 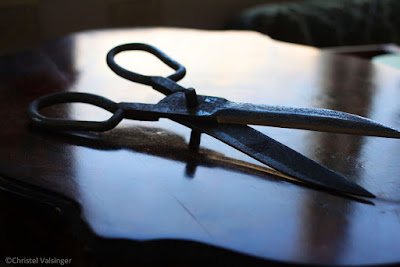 I did a photo shoot at tailor Ellen Wiström's studio a few days ago. Lots of beautiful things to look at and try not to play with... The photos are for her website and will be up there later on. I'll also return for some head shots. In the mean time, a few samples: 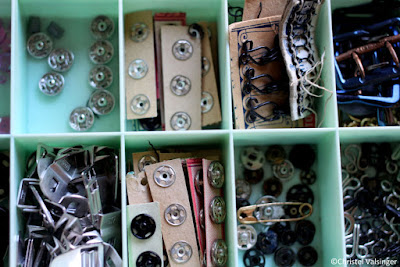 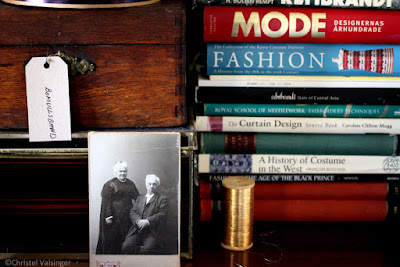 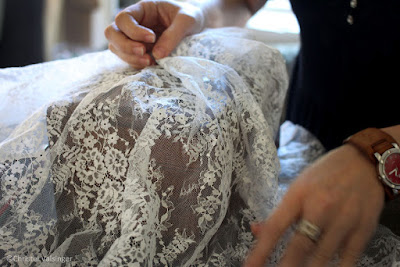 Song of the day: Anna of the North - The Dreamer

Loco for my Coco 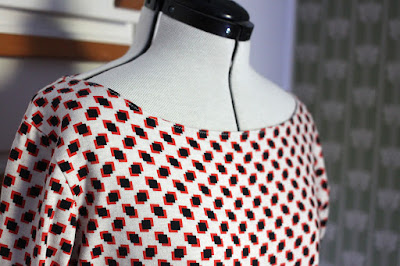 You know how some patterns are descirbed as "easy to make" when in fact they're not? This one actually lived up to its description. This is the "Coco" top from Tilly and the Buttons. 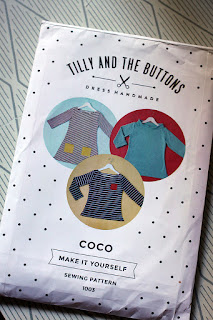 You can give it a little more length and you'll end up with a short dress or a tunic, or you can give it a little turtle neck. I did neither, since I was just trying it out. But I think it turned out pretty great! I used a jersey fabric with a somewhat psychedelic print, that I bought in a second hand shop. It is actually a bit too stretchy, so my neckline wants to crawl away over my shoulders, so the next time around I'm gonna use something a bit sturdier.

But there will be next time! 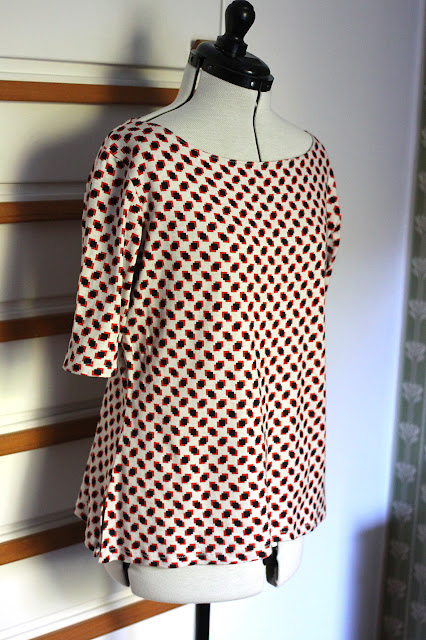 Loving this so much that when I'm half way through I start to get sad because I know it will end soon.
Upplagd av Christel kl. 09:00 Inga kommentarer:

Coat of not so many colours but some 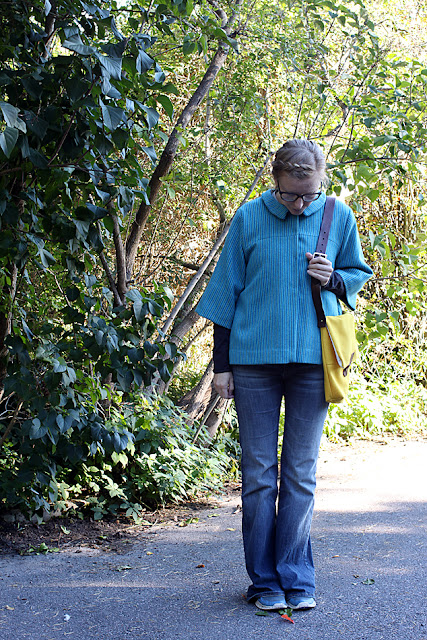 Yes, here I am showing you one of my favourite selfmade items: a short, wide a-line coat made from a thrifted wool fabric. I made this at a sewing course taught by the skilled tailor Ellen Wiström. It wasn't that hard but a lot of the sewing is made by hand, so I'm really produ over how well made it turned out.

And I will probably not get tired of it anytime soon 'cause it's only wearable a few weeks every year, when the weather is not too warm, not too cold and not at all wet.

The bag is made from a lovely yellow wool fabric that came from my mothers old fabrics, and an old leather belt.
Upplagd av Christel kl. 15:38 Inga kommentarer:

I'm Christel. I love printed fabrics, vintage clothing and everything crafty. I'm also a music lover. It will all show here.